Urging churches to support reentry programs for those returning from prison

Urging churches to support reentry programs for those returning from prison 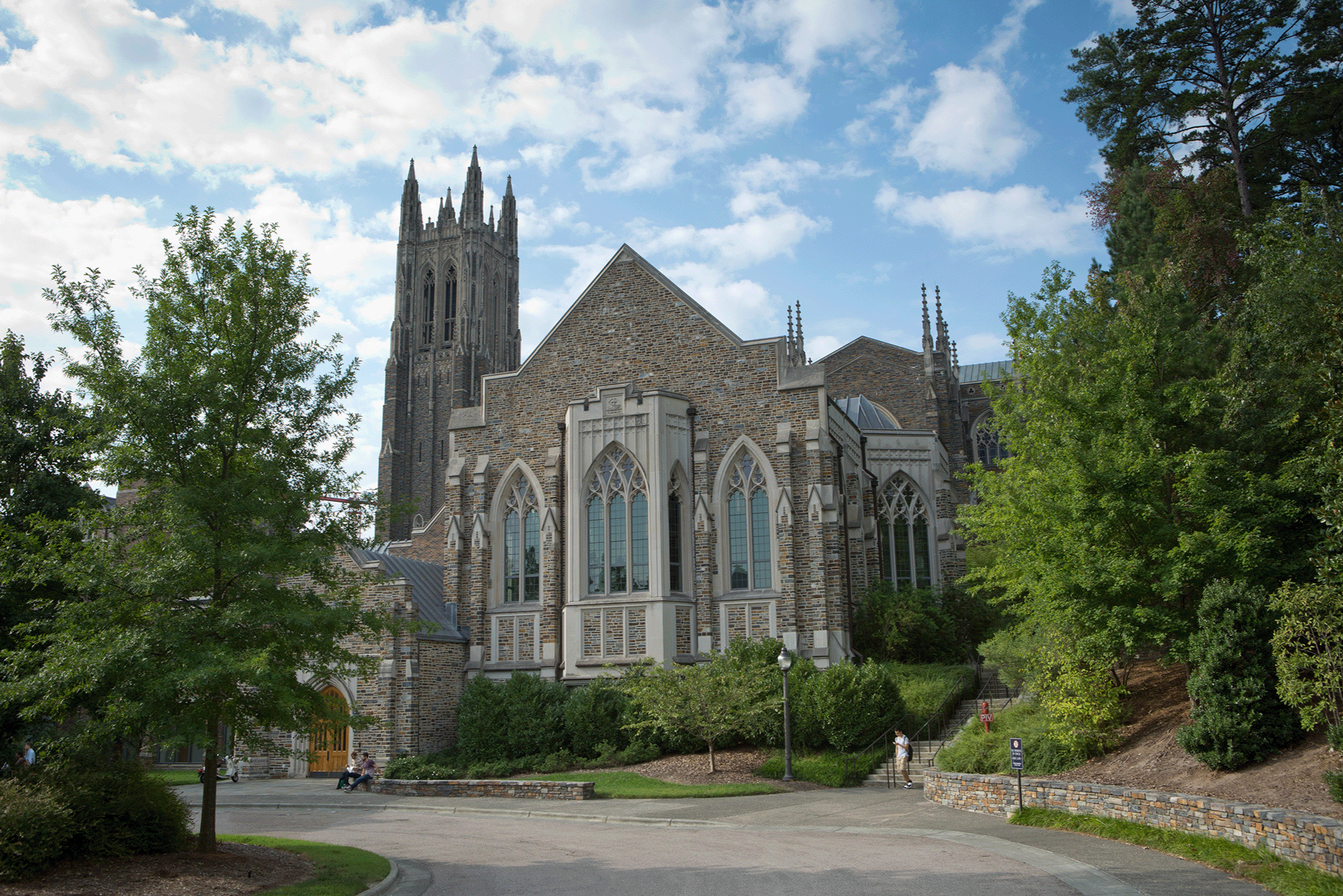 A recent Duke Divinity School event, “Justice Ministry Reimagined: Reentry Simulation” hosted by the Office of Black Church Studies, provided pastors, students, and lay leaders an opportunity to experience a simulation of reentry to society after serving time in prison and to learn from experts on how to support reentry programs and individuals returning from prison. The event is part of Duke Divinity’s broader engagement with prison ministry, which includes a Certificate in Prison Studies that can be earned alongside a degree. The certificate enables students to study alongside incarcerated people and to learn about the criminal justice system within the context of theological education and formation for ministry. Students complete courses on justice, including a Project TURN course taught on-site in a local prison, and have focused field education and spiritual formation experiences.

“Churches would welcome people when they could go into the prison and preach to them, but when they came out, they were not welcoming of them in their church spaces.”

“The church is already there.” 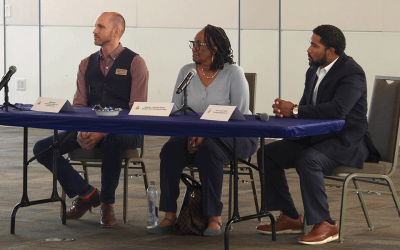 The event included a panel of experts on various aspects of prison ministry and reintegration, including the Rev. Dr. Louis Threatt, M.Div.’11, who earned a Certificate in Prison Studies. Threatt has been involved in prison ministry for over 18 years, and he currently serves as pastor at Cities of Refuge Christian Church, a congregation dedicated to serving all those impacted by incarceration and on the margins of life.

He is also the founder and executive director of UR Restored Ministries, a nonprofit that offers restorative love to those impacted by incarceration, and he is a teacher for the Divinity School’s prison studies program, helping students to think theologically about prison ministry, practical theology, and restorative justice.

Threatt also was a chaplain at Orange Correctional Center for years, where many different congregations came to preach about Jesus. He started a church inside the facility called Christ the King, because he said God showed him that the inside of prison looks more like what church is supposed to be than most congregations outside.

“The [incarcerated] brothers were the church, the ushers, the deacons. They were not worried about what you had done or asking questions, they were just worshipping God,” he said. “When you go into prison, you don’t bring the church. The church is already there.”

Threatt lamented how many people would visit churches when they got out and never want to go back, saying, “Those churches would welcome people when they could go into the prison and preach to them, but when they came out, they were not welcoming of them in their church spaces.”

Reentry as a God-Breathed Human Being

Other panelists at the event included Ben Haas from the Religious Coalition for a Nonviolent Durham, William Elmore, a formerly incarcerated individual, and his mother Bessie Elmore, co-founder and executive director of Straight Talk Support Group.

Haas works on creating resources and community for people working on reentry, asking questions like, “Where do you go as a person coming home from prison where you are treated as an asset and not a set of deficits? Where implicit in the way you are received is that you are a fundamental God-breathed human being?”

People, he said, are not a set of deficits that have been placed on them by a broken incarceration system. But they will come home with physical, social, and spiritual challenges.

During the reentry simulation, participants experienced the some of those challenges in the first month of life post-release, with a packet of materials explaining the reentrant’s criminal background, current living situation, current job situation, and the specific weekly tasks that must be accomplished in order to avoid being sent back to prison for noncompliance with the requirements of supervised release. The simulation began with instructions from the facilitator, after which participants tried to navigate their new lives. Each week took place in 15-minute segments. 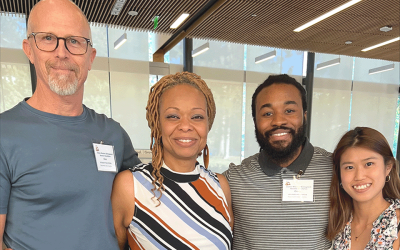 From left: Alan Potter, Deborah Williams, Craig Glover Hines, and Tomo Waters. Williams is the program coordinator for OBCS who organized the event, which students Potter, Hines, and Waters attended.

Two Duke Divinity students who attended the reentry simulation, Yazmin Spearman, M.Div.’23 and Tomo Waters, M.Div.’23, noted that the participants went through waves of frustration with each “week” of the simulation, constantly coming across new challenges.

“One unexpected thing I learned was that the barriers that many incarcerated persons experience are intentionally punitive,” said Spearman. “If they, for instance, show up late to a job interview, they are often shown less grace and understanding than a free person.”

The reentry simulation gave students a small glimpse of the struggles of reentry, including prejudice and discrimination. Experiencing those feelings only made it more clear that the church should be different, Waters said.

“What repeatedly occurs to me is that at the end of the day, under the love of God for humanity, there is nothing that separates the incarcerated and the non-incarcerated—except us,” she said.

“What I would say to clergy is that to connect with these real people in real-time, it requires you to be vulnerable.” 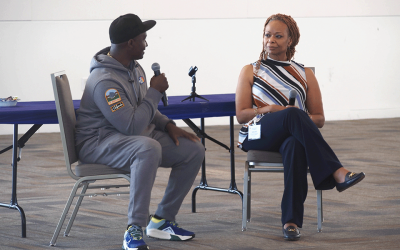 William Elmore and Deborah Williams discuss how churches can help with reentry.

William Elmore spoke about the overwhelming frustration of trying to put your life back together after prison. “I went into prison in 1992 and was released in 2015,” he said. “The whole world changed, and I had to figure it out.”

Elmore sought a faith community both during and after his time in prison but found connection to be difficult. He knew that Jesus could transcend bars and wondered why faith communities couldn’t seem to do so. His advice to pastors was to be vulnerable, putting the relationship above the message.

“Jesus got to know people first and then said he had a message to share with people,” he said. “We seem to do that in reverse. We make people think they have to get right with God before they can be a part of a faith community. That’s not what Jesus modeled.”

“It’s easy to have relationships when you go to church together. It requires very little. What I would say to clergy is that to connect with these real people in real-time, it requires you to be vulnerable.”

Bessie Elmore was angry when her son went to prison but was inspired by how he spent his time inside trying to help his brothers. “In return, he created that same desire in me,” she said. “Little did I know that it would cause me to start a support group for families and then a transitional house.” She encouraged people to not be afraid, but to get involved and treated everyone with respect.

“OBCS recognizes that addressing the ills of mass incarceration is an ongoing focus in churches and wanted to provide a greater perspective of one tentacle of the broader issues—reentry,” she said.

“Ms. Elmore said she would go to the ends of the earth to get her son,” Threatt said at the close of the event. “That’s what God does. There’s a need to be not just prison ministry but reentry churches that accept anybody and everybody as they come, no matter what.” 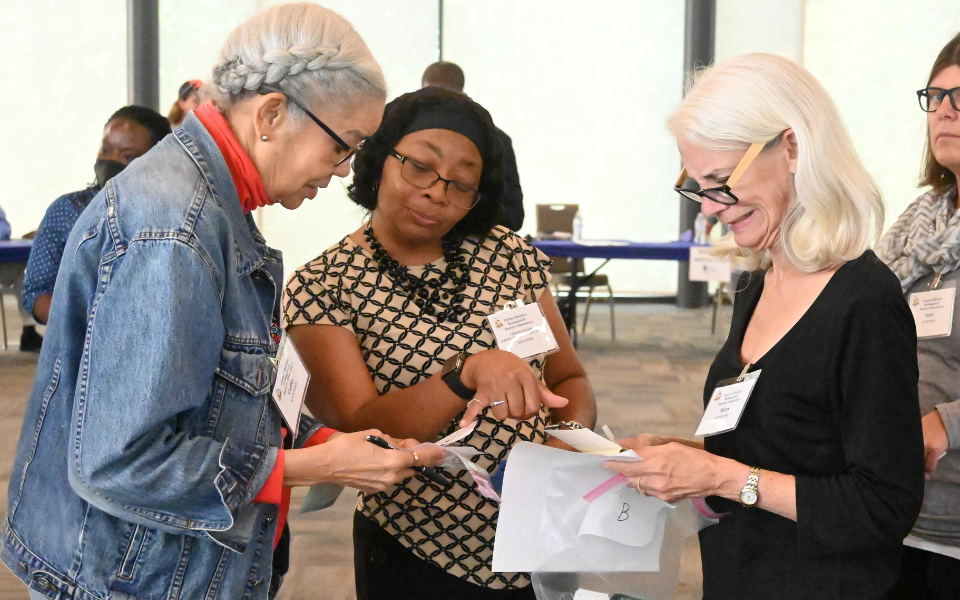 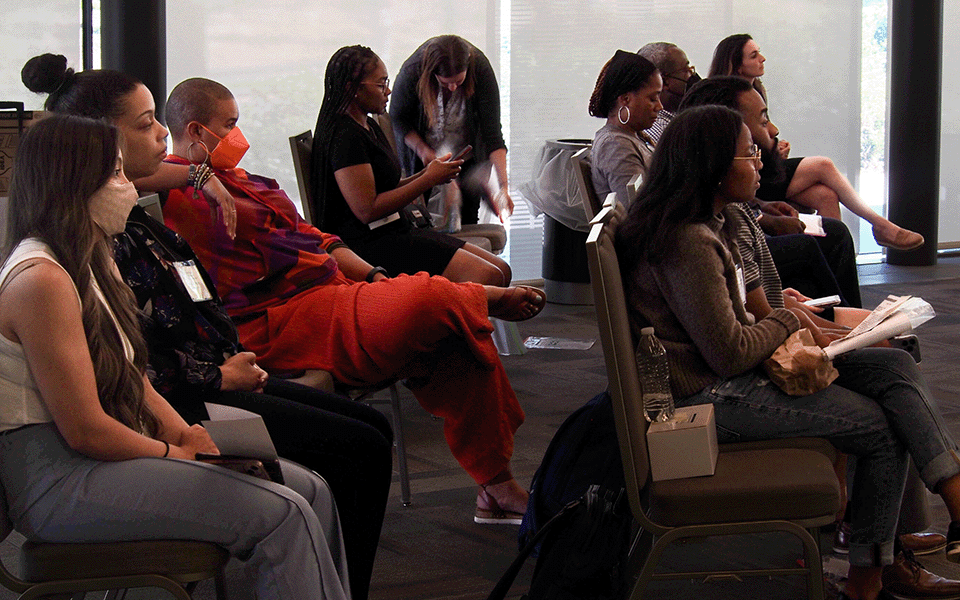 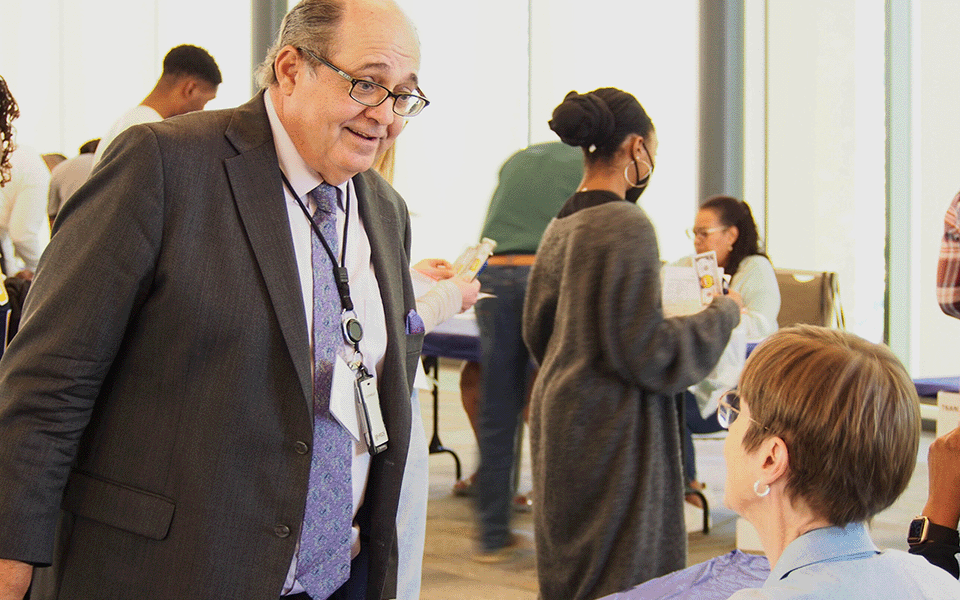 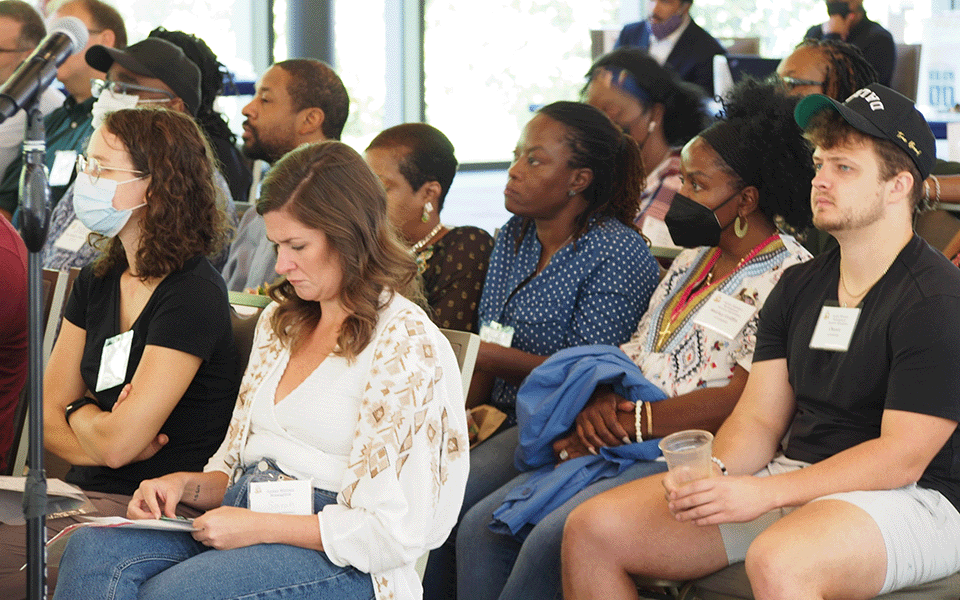 Participants at the Justice Ministry Reimagined event gathered in Penn Pavilion on the Duke University campus for the reentry simulation and panel discussion.
The Office of Black Church Studies celebrates its 50th Anniversary in the 2022–2023 school year. Learn more about events to commemorate this milestone.

The Senior Cross Service and Ordinary Time
Patrick Smith: Theological Ethics for the Public Good
Taking the Mind of Christ to the Hospital Boardroom